Which Portable Game Console Should You Buy in 2022? 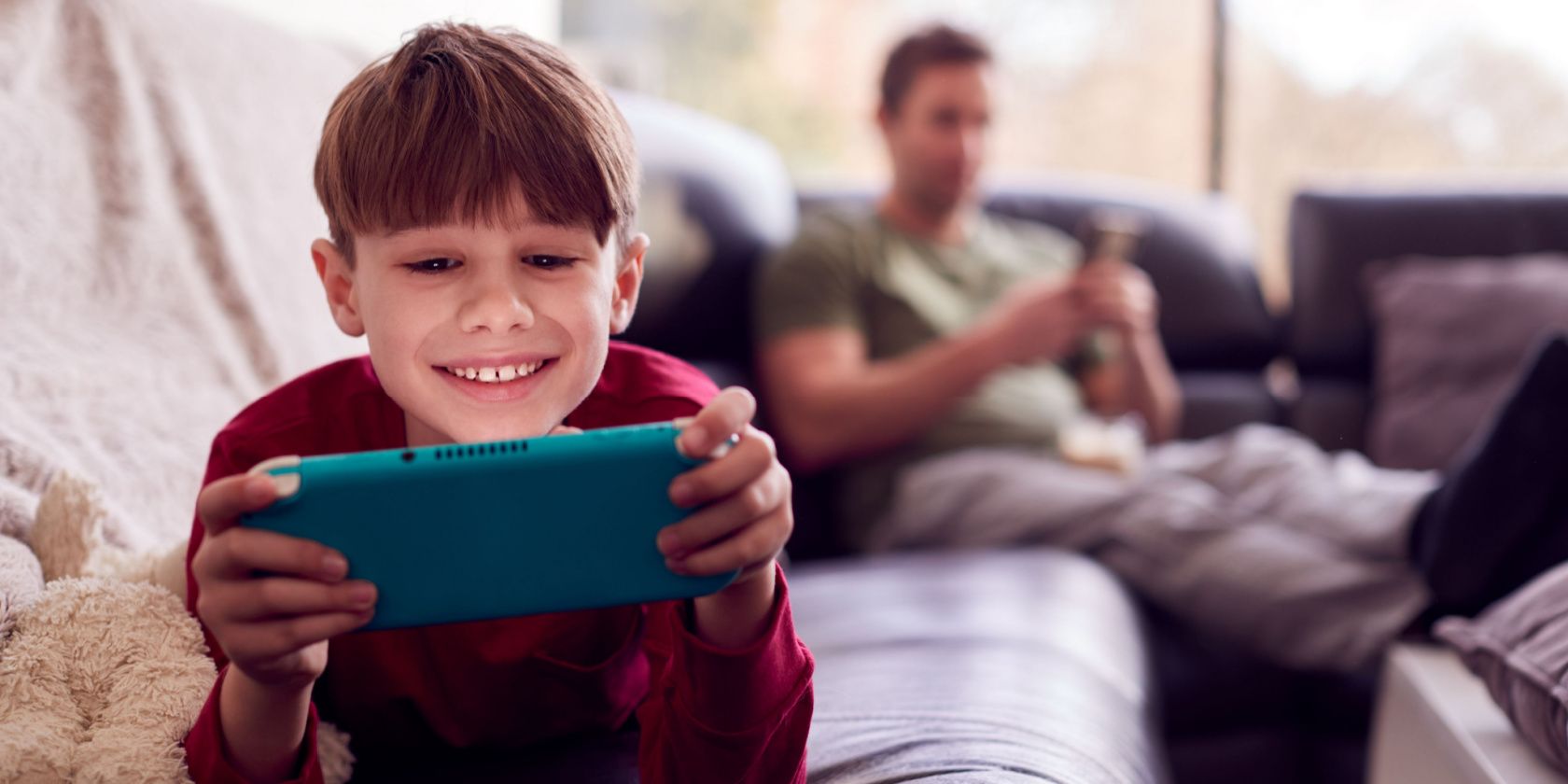 While home game consoles like the PlayStation 5 and Xbox Series X|S get a lot of attention in the gaming world, you shouldn’t forget about portable systems either. You have a handful of options for gaming on the go in 2022.

Let’s walk through the available portable gaming system options to figure out which is right for you.

The Nintendo Switch is a hybrid console; you can use it either on the go in handheld mode, or docked to your TV for full-screen play.

When you’re home, drop it into the included dock, which lets you output to your TV via HDMI. Then when you want to play on the go, you can take it anywhere thanks to the rechargeable battery and portable Joy-Con controllers. Most games are playable using either setup.

While the Switch is underpowered compared to its contemporaries, it more than makes up for this with an amazing selection of games. The Switch’s exclusive titles include excellent picks like Zelda: Breath of the Wild, Super Mario Odyssey, and Metroid Dread. Tons of fantastic indie games are available, along with ports of Wii U gems and even ports of third-party hits like Doom and Monster Hunter.

Another plus is that the Switch is one of the few portable consoles in active development, meaning that new games will continue to launch for the foreseeable future.

Nintendo’s online service isn’t as robust as what Sony or Microsoft offer, and the screen being only 720p is a bummer. You’ll likely need a microSD card for more space, since there’s not much storage included. But despite these minor quirks, the Switch represents the best value in portable gaming today.

There are three models of Nintendo Switch: the original, the OLED model, and the Switch Lite. While the original model is a fine all-around choice, the more expensive OLED model offers a superior screen and more internal storage, which are important for portable gaming. Meanwhile, the Switch Lite lacks the ability to connect to a TV, instead focusing on portable play with a lighter build and built-in Joy-Con controllers.

If you’ve dreamed of playing your PC titles on the go, you’ll love the Steam Deck. Valve released it in early 2022 to much excitement, and while its design is similar to the Switch, the two are aimed at different audiences.

The Steam Deck allows you to download all the games you own on Steam and play them anywhere—whether that’s on your couch or across the world. It features a 1280×800 60Hz screen, so your games won’t look at good as they do on your main rig, but it’s perfectly playable.

A large number of Steam games work on the Deck, and you’ll see a rating on each title letting you know how well it works on the portable. The hardware features great control customization, so you can tweak the buttons and pads to whatever works for you.

The main downside is the battery life; depending on the game, you might not get more than two hours on a charge. That means it’s more suitable for a short bus ride than a multi-hour flight, for example.

While expensive, if you already own dozens of games on Steam, buying games isn’t a big initial expense like it is for other consoles.

With its massive size and short battery life, we don’t recommend the Steam Deck if you’re looking for something to slip into your bag for rides to work. But if you’re a PC gaming aficionado and want to play your games anywhere, the Steam Deck is worth getting.

You have to join a waiting list at the time of writing, with orders currently shipping out in the final quarter of 2022. In the meantime, read our Steam Deck review for full details.

3. Your Smartphone or Tablet

Don’t forget that your existing phone or tablet is a capable gaming device of its own. There are tons of games available to purchase individually on the App Store or Google Play.

Even better are the subscription services Apple Arcade and Google Play Pass, where you pay a few dollars per month to access hundreds of games that are free of ads and in-app purchases. If you enjoy mobile gaming to pass the time but don’t want to waste time with ads or predatory microtransactions, these services are well worth it.

While using your phone is the cheapest option for mobile gaming, the quality of games is the main drawback. There are plenty of great games designed for mobile platforms, but most are watered-down compared to their console counterparts. And unless you want to buy and connect a controller to your device, touch controls are limiting for many games. Finally, lower-end phones won’t be able to run demanding titles.

You have little to lose by trying out Apple Arcade or Play Pass for a month and seeing how many games you enjoy. If those don’t keep you satisfied, try one of the other options.

Nintendo discontinued the 3DS line in 2020, meaning that it’s only available through secondhand means now. However, the console is one of the best handhelds of all time.

With a massive library of games, including backward compatibility with all original Nintendo DS titles, there’s a lot to love. The 3DS has great battery life and a slim form factor, making it easy to take anywhere.

Unfortunately, the 3DS eShop, which is the system’s home for digital games, is closing in March 2023. This means you’ll need to buy any digital eShop titles you want soon, or pay the price that the used market demands for physical copies.

When shopping for a 3DS, we recommend the New 2DS XL, which was the last iteration released for the system. It doesn’t support the 3D function, but as games stopped including 3D visuals as the console’s life went on, you won’t miss much.

The PlayStation Vita is Sony’s most recent handheld, and while it has a dedicated fanbase, the console struggled against the 3DS. First released in the US in 2012, the Vita was discontinued in 2019 with Sony having no plans for a successor. As the Vita was ahead of its time, this is a shame.

One of the Vita’s biggest problems was a lack of killer software. Many of its best titles were indie games and Japanese RPGs, which didn’t appeal to everyone. The other serious issue with the Vita was its proprietary memory cards. They were expensive during the system’s life and are outrageously so now. The second-generation Vita includes a paltry 1GB of space, so you’ll either need to pay a premium for an official card or get a third-party knockoff to store games on.

If you’re a fan of Japanese games like RPGs and visual novels, the Vita has a lot to love. It also makes a good system for playing indie games on the go, and offers some handheld entries in PlayStation series like Uncharted and Killzone. These may be worth looking at if you’re a huge fan. However, Persona 4 Golden, which was arguably the main reason to buy a Vita, is now available on PC and is coming to other systems in 2023.

With the expensive memory cards and lack of killer apps, the Vita is hard to recommend. We’d go with a Switch instead.

What’s the Best Portable System in 2022?

For most people, the Nintendo Switch is the clear winner for handheld consoles. It has good battery life, a huge and excellent selection of games, and the ability to play on the TV. Plus, it’s in active development.

The Steam Deck is great if you already have a big PC game library and want to take it on the go. Otherwise, it’s an expensive investment and has limited portability due to its size and battery life.

If you don’t want to spend much or only play casual games, try your phone and see if those games are good enough for you. If not, the Switch is a great entry point into more game options.

If you can find a deal, the 3DS is worth picking up if you’re interested in the exclusive games. Just be aware that your options for buying games will become much more limited after March 2023. We wouldn’t recommend the PS Vita to anyone in 2022 due to the ridiculous memory card cost and lack of must-play games.

There are other niche handheld systems on the market, such as the Analogue Pocket, but we wanted to focus on the main offerings here.

Now you know what options you have for gaming on the go. While the discontinuation of the 3DS and Vita represents the last generation with competing portable systems, the success of the Switch may inspire more hybrid devices in the future.

Excellent news for mice everywhere! Scientists have confirmed that administering the drug rapamycin to baby mice everyday for the first 45 days of their lives

Excellent news for mice everywhere! Scientists have confirmed that administering the drug rapamycin to baby mice everyday for the first 45 days of their lives