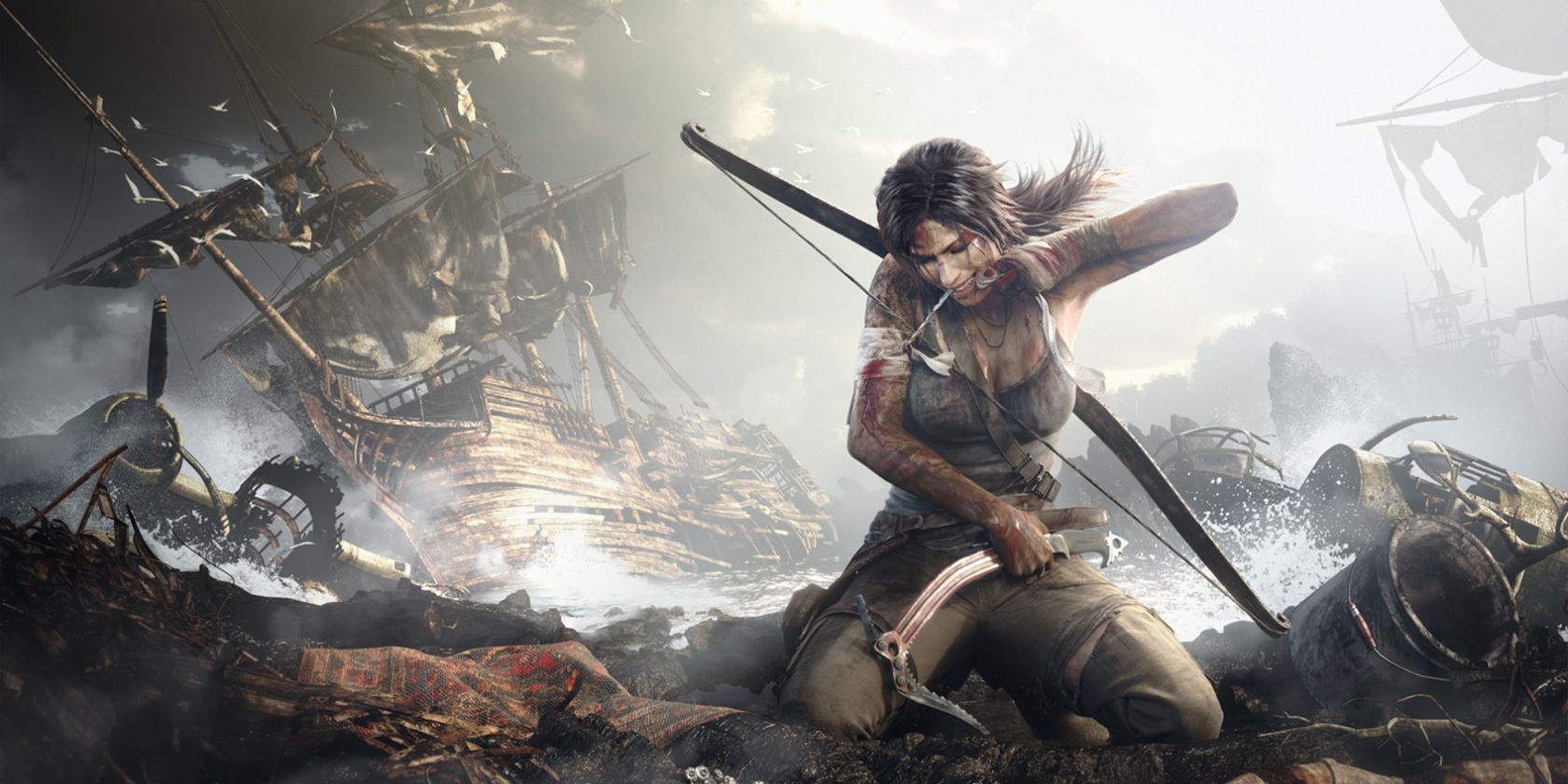 Video game remakes are a pretty polarizing subject in the gaming community. On the one hand, they help the older games they’re based on live on, while on the other, a poorly done remake only upsets fans and does nothing to preserve a game’s legacy. Today, we’re asking the important question: do video game remakes and remasters help or hinder game preservation?

We’ll be looking at examples of some amazing remakes, as well as some that are not so great. It’s a complex question, so choosing a side isn’t easy. Let’s break it down.

How Does a Remake Differ From a Remaster?

In this article, we may use remake and remaster interchangeably for simplicity’s sake, but they are certainly not the same. A video game remake is based on an older franchise, but includes brand-new elements, like an updated storyline, modern graphics that are significantly different from the game it’s based on, and new gameplay elements.

A remaster is an HD version of an older video game for modern consoles, keeping the same story and gameplay elements. An example of an excellent remaster is the Ratchet & Clank Collection for PlayStation 3; it was an HD remaster of the original PS2 trilogy and was even compatible with Sony’s 3D display. A more modern example of this would be Dark Souls: Remastered on PS4 and Xbox One, which is simply a more graphically impressive version of its 2011 predecessor.

For a deep dive on all the differences, check out our explainer regarding video game ports, remakes, remasters, and reboots.

Remakes and remasters are fantastic for video game preservation. Plenty of older games have been lost to history due to discs becoming scratched and cartridges damaged beyond repair. If this happened to one of your physical games, your only option would be to buy another, which can be very expensive depending on the game, or play it on an emulator, which loses a lot of the nostalgia and personality of playing the game on original hardware.

Remakes and remasters help give these older games new life on modern hardware, so they’re never fully lost to history. Here are some examples of why we believe remakes help with game preservation.

Remakes breathe new life into a game that may have otherwise been forgotten. Take The Legend of Zelda: Link’s Awakening, for example. It was released in 1993 on the original GameBoy, almost 30 years ago at the time of writing. On the 3DS, Nintendo’s Virtual Console made it possible to play older GameBoy, GameBoy Color, NES, and SNES titles again, including Link’s Awakening DX, the version for GameBoy Color. It was released in June 2011 simply as a port, but it allowed many 3DS owners to experience the magic of Link’s Awakening for the first time.

Fast-forward to 2019, and a beautiful remake of Link’s Awakening was released for Nintendo Switch. The graphics are unique and beautiful; the game is also much more approachable for newcomers. Since it was released on Nintendo Switch, one of Nintendo’s most popular game consoles, it is bound to be plenty of young gamers’ first Zelda experiences.

There is one problem, though; with the 3DS eShop closing in March 2023, the port of the 30-year-old GameBoy game will be lost to history for anyone who has not downloaded it to their 3DS console.

Remakes Can Turn a Once Subpar Franchise Into Something Greater

There are some video game franchises that, if never touched again, would be forgotten to the sands of time, other than its hardcore fans. Thankfully though, its publishers will give a franchise a second chance of revival through a remake.

A beautiful example of this is seen in the Tomb Raider series. It had regular releases in the main series of games since 1996 and up until 2008 with the end of the Legend timeline, Tomb Raider: Underworld. The Tomb Raider franchise has had a mixed reception throughout its life, with some games being fan favorites while others being rated relatively poorly. In 2013, Square Enix released Tomb Raider, a remake and revival of the series.

Despite the previous Tomb Raider games having a certain feel, none of them felt incredibly special. The 2013 remake was one of the highlights of E3 2011 and showcased Lara Croft with amazing voice acting, cinematic cut scenes, and finally looking like the hardcore female fighter she’s always deserved to be. The series has been a success, spawning two sequels, with Shadow of the Tomb Raider being the latest release in 2018.

The fantastic graphics, storyline, and combat have given Tomb Raider a new life, getting fans new and old excited for future releases.

Sometimes, a game isn’t so lucky with its remake or remaster. This is usually due to the project being handed over to a developer that is either lazy or doesn’t understand the fan base of the franchise it’s working on. Let’s look at some examples of how video game remakes do nothing for preservation.

A Poor Remake Can Ruin a Game’s Legacy, Burying It Rather Than Preserving It

Grand Theft Auto: San Andreas – The Definitive Edition is a perfect example of this. The PlayStation 2 era GTA games have a huge fan base due to the meme-worthy situations that ensue as well as simple nostalgia. The graphics weren’t perfect, though, making it a great contender for a remaster. So, how did it go? The remaster was met with abysmal reviews due to oversights and bugs throughout the game.

Graphically, it looks great; from an outsider’s perspective, nothing seems too out of place. However, many of these oversights can be noticed when you put the two games side by side. CJ’s body can look strangely morphed at certain angles, glass on vehicles disappear when shot instead of shattering, and strange glitches happen when flying in a helicopter. This is a perfect example of modern graphics not doing the entire job of preserving a game’s legacy.

GTA: San Andreas – The Definitive Edition does nothing to preserve the magic of the original game; fans will simply find a way to play it on the original hardware or emulate it to the best of their abilities.

Remakes Cannot Preserve the Feeling of Playing It on Original Hardware

Whether it’s a full-blown remake or an HD remaster, it does not preserve how it feels to play the game on its original hardware. It’s incredible that the Nintendo Switch gives its owners access to an extensive library of NES, SNES, N64, and Sega Genesis games. Still, it does not compare to playing these games on their original consoles.

Is it extremely cool knowing you can play Excitebike for NES on your Switch? Yes. Is it all that much fun playing Excitebike using your Joy-Cons? Not at all, and that’s unfortunate, but at the same time, that is not Nintendo’s fault. These games were originally designed for older CRT televisions and to be played with a controller that has two buttons and a D-pad.

Most kids that have a Switch today, who haven’t played the original Excitebike, may give it a try today and then move on to playing Mario Kart 8 Deluxe. People who did grow up with an original NES will try it today and simply be underwhelmed.

We describe video game preservation as the act of taking steps to ensure that older video games will be easily accessible and playable in the future. The best way for publishers to preserve its classic games is to release them digitally, taking Nintendo’s Virtual Console games, for example. They’re the same exact games that are now playable on modern hardware. Remakes don’t do exactly this, but they seem to do even more.

In the best-case scenario, remakes help future generations discover amazing games in a modern form. This will encourage them to eventually play those games as a port, if available, or play them on original hardware when possible. Overall, remakes help preserve a franchise’s legacy, but video game purists will always want to play them on their original hardware, no matter how difficult that journey is.